We will unveil to you
roads you could never
imagine existed

The 20000 Pieghe is a Motorcycle Raid during which about 1,100 kilometers are run on marvelous narrow curvy asphalt roads “traced and chosen by the organizer, for the participants”. At the end of each stage the ranking of the day will be determined;the more precisely you follow the routes, the more points you will be awarded; at the end of the fourth stage, a final ranking will be made according to which the title of “Magnificent Curver” will be assigned to the absolute winner, whose name will be written on the Golden Album of the 20,000 Pieghe.

The twelfth edition of the 20000 Pieghe will start on Saturday May 29 2021, when the participants, once arrived at the port of Olbia, will be able to easilly reach the “Geovillage Sport Wellness & Convention Resort” where they will find a tasty breakfast before proceeding with accreditations starting at 8 am. During accreditation, participants will receive the registration kit, containing among other things the “Roadmap” that is necessary to trace the route of the first stage.

The first stage of the 20.000 Pieghe will be about 223kms long and will lead us to the discovery of the Costa Smeralda and its most suggestive spots. A mid-afternoon snack is scheduled before the arrival that will take place around 7pm in Badesi at “Le Dune” Hotel Resort, where participants will receive the Roadmap of day 2.

The hotel where we will stay is located practically on the sea. Dinner will be served from 9 pm onwards in a large room where all the participants will meet.

The second stage , about 348kms long, runs through the northern inland of Sardinia going from Badesi to Alghero and then continues towards one of the most beautiful and panoramic roads of Italy, “the SS 105”, coasting the sea and connecting Alghero to Bosa. Once arrived in Bosa we shall move towards the island’s interior towards the Burgos Forest and finally we shall arrive in Cala Gonone on the east coast of the island.

During this stage two stops are scheduled for snack and lunch.

Arrival, dinner and overnight stay are scheduled at the Palmasera Village Resort where participants will receive the Roadmap of the third stage.

The third stage , about 300kms long, will be a wonderful ring ride departing from and arriving at the Palmasera Village Resort. During this stage, participants will visit the villages of the Barbagia and ride on roads whose asphalt is full of quartz, giving an incredible road grip. We will visit the Gennargentu, we will enjoy the Sardinian traditions and during lunch and snack times we will taste the typical products of the Barbagia.

At the end of the stage participants will be given the Roadmap for the fourth and final stage.

Dinner is always scheduled at 9 pm.

The fourth , 220kms long stage, ends in Olbia riding through the wild and desolate inland areas of Sardinia, along beautiful roads from which, at times, you can also see the sea. 200kms of real riding pleasure and naturalistic isolation.

The final arrival, closing lunch and awards of the 20,000 Pieghe will take place at the MAMABEACH restaurant in Pittulungo.

The event will end at around 4.30 pm with the delivery of a “personalized” participation medal that will be given to all those who have completed the 20,000 Pieghe. 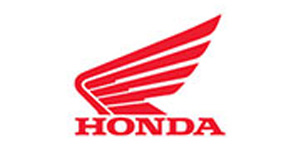 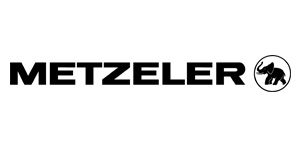